Recently, chip maker ADI issued a notice to customers and distributors, announcing to increase the price of all products. 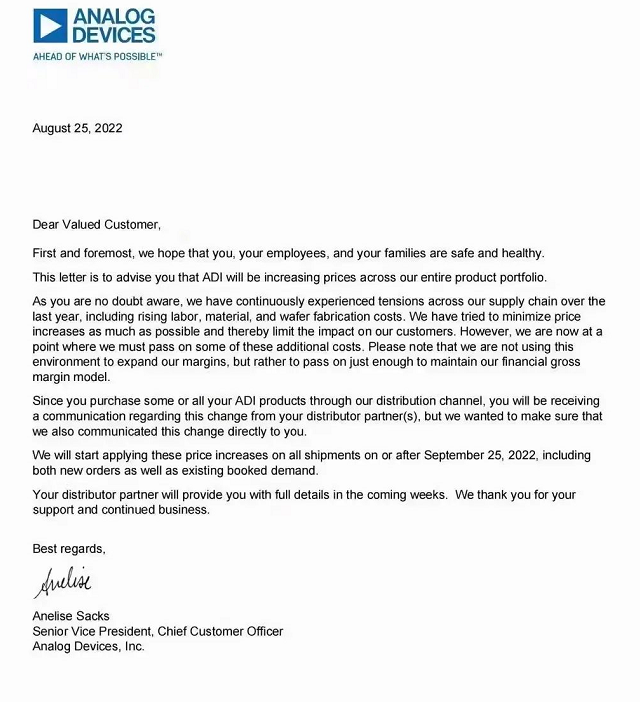 Notice to the effect: Due to constant supply chain tensions, including rising labor, material, and wafer fabrication costs, ADI must maintain its financial gross margin model by raising prices for all products.

The notice did not directly state the specific price increase rate. The detailed information will be notified by the distribution channel separately. ADI's price increase will officially take effect on September 25, and all products shipped on and after this date will be settled at the new price.

According to Taiwan media reports, it has been recently reported that TSMC, one of the foundry giants, will increase the foundry price from January next year due to factors such as inflation pressure and rising costs. About 5%-6% higher. However, TSMC did not respond positively to the rumors of price increases, saying that it would not comment on the price issue. 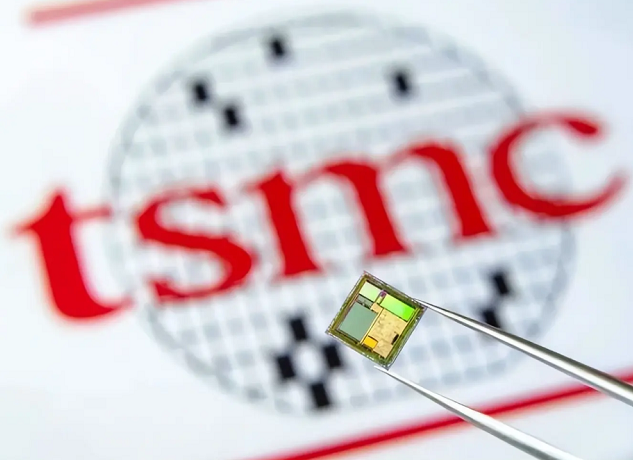 It is reported that TSMC itself is facing the pressure of increasing production costs, supply chain mobilization and expansion of production at home and abroad. Under the goal of ensuring a long-term gross profit margin of 53%, price increases are few options left, but the industry believes that the current rumors The price increase is still a moderate increase.

Samsung and GF will raise prices against the trend, up to 8%

In addition to TSMC, Samsung and GF have also recently reported price increases.

According to rumors, GF will raise prices for some customers and processes in 2023, with an increase of up to 8%. Some analysts pointed out that GF’s previous quotation was lower than that of its competitors, coupled with the fact that GF and Qualcomm reached a total purchase commitment order of US$7.4 billion by 2028 and other factors may be the confidence of GF’s “contrarian price increase”.

In addition, a source said that Samsung's current 5/4 nanometer yield rate has increased, and the price has also increased against the trend. Similar to GF, due to the advantages of previous foundry quotations, the price after the price increase is still higher than that of competitors. Advantages.

Since the second half of 2020, the problem of chip shortages has become the main theme of the semiconductor industry.

It has been three years since the boom cycle began in 2019. Since the beginning of this year, the semiconductor industry has shown signs of shrinking demand.

In the short term, the price increase of the upstream original factory will lead to an increase in the production and circulation costs of the supply chain, and the superimposed terminal demand is weak, and the agents/distributors are caught in the middle. Hesitating between rising and not rising will undoubtedly bring more pressure.