Casa > Blog > ASML's German factory caught fire, and the extent of the damage is still unclear

ASML's German factory caught fire, and the extent of the damage is still unclear

The Dutch semiconductor company ASML (ASML) said on Monday that a fire broke out in a factory in Berlin, Germany, and no one was injured. It is too early to assess the impact on operations.

Its factory in the eastern part of Berlin suffered a fire, and part of the factory was damaged. The automatic cleaning equipment sprayed about 200 square meters of the factory.

According to the Berlin fire department, an automatic fire alarm system triggered the alarm. When the fire brigade arrived, the building had been cleared and about 80 staff were involved in the fire fighting.

The fire department said that the production equipment is currently unavailable, and the cause of the fire and the extent of the damage are still unclear. 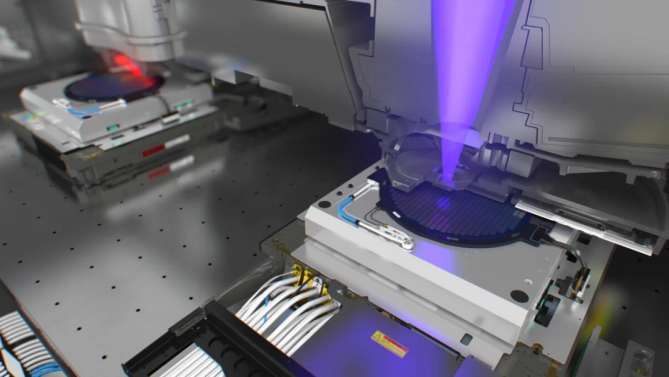 The Berlin plant is called Berliner Glas, which is a manufacturing and supply plant for the parts of Asmer's lithography system. Lithography machine (lithography machine) is a large machine used to manufacture IC chips. Berliner Glas is a developer of optical, mechanical and electronic system solutions. The components produced include wafer fixing tables, photomask suction cups, and mirrors.

Asmer stated in the statement that whether the incident will have any impact on this year's output plan, it is too early to make any statement at this point in time. Asmail added that it will take a few days to assess the loss and will be announced as soon as possible.

Earlier, ASML CEO pointed out that the epidemic continues to accelerate digital transformation. In order to solve the problem of chip shortages, IDM plants, wafer foundries, and memory plants have all expanded investment to increase production capacity, and investment projects are concentrated in advanced process production capacity to further promote logic IC and Strong demand for DRAM EUV equipment. ASML's EUV equipment production capacity this year is about 45-50 units and the supply is in short supply. It is expected to increase to 55 units next year, and they will all be used in a new generation of NXE: 3600D exposure machine with a 15% increase in production efficiency. The hourly exposure throughput (throughput) has reached 160 pieces.

According to the data from the analyst meeting held by ASML, as the logic IC process enters the 3nm generation next year, the DRAM process is scaled down to below 14nm, and the number of EUV exposure mask layers on a single wafer is rapidly increasing. ASML estimates advanced logic process wafers. The number of EUV exposure layers in 2021 has exceeded 10 on average, and will increase to more than 20 by 2023. EUV lithography machines will be in short supply in the next few years, and ASML's EUV lithography machine orders will be full until 2025.

However, in addition to Asmarck’s lithography machine suppliers, there are Japanese manufacturers Nikon (Nikon) and Canon (CAJ.US), these two are in the deep ultraviolet (DUV, light source wavelength is longer than EUV) lithography technology Shanghai can compete with ASML, but ASML, as an enterprise leader, also has a 62% market share in the field of DUV lithography.

But in the EUV field, only ASML can produce it.

Some analysts said that the fire may limit ASML production (at least in the short term), thereby hindering the planned foundry production.